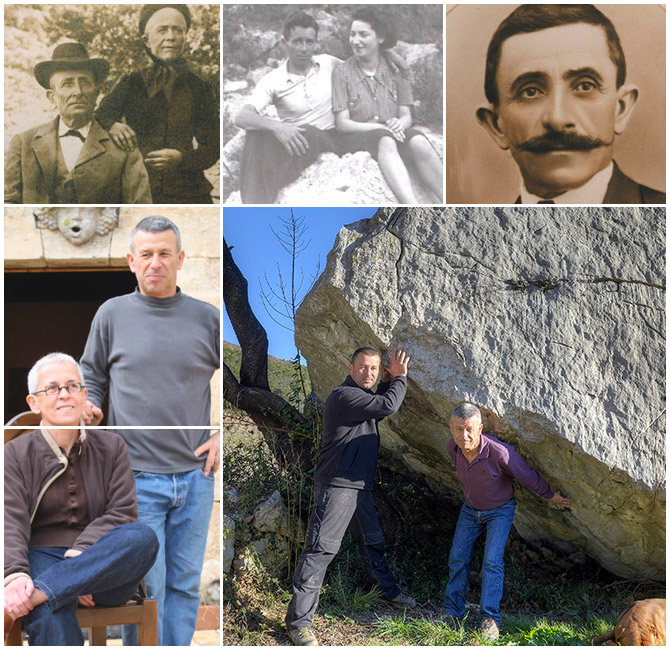 No less than 7 successive generations of the same family have worked this land nestling in the valley that separates two limestone giants: the Pic Saint Loup and the Hortus.

This great love affair with the land began in the 13th century with farmer, Pierre Bruguière, owner of Mas de Combes (now Mas de Barou), who declared his assets before Attorney, Jean Bonnieu, in May 1259.

The creation of Mas Bruguière came later, after the French Revolution. Antoine, a native of Barou, acquired lands, wood and fields and among other things, started cultivating the vine. The 1870s were cruel to the Languedoc – all its vineyards were destroyed by phylloxera. In 1880, Pierre decided to start replanting the vine and the Domaine began to concentrate on grape growing. Adrien kept the estate together, and then in the 1950s, Albert committed to trade unionism and was involved in the creation of the Syndicat du Pic Saint Loup. The vineyards were destroyed by frost in 1956 and Albert replanted table grape vines on around ten hectares of land near the Mas.

In 1974, Xavier’s father, Guilhem returned to his roots, although he had looked set to follow a different calling. Another chapter of Mas Bruguière’s history began when Guilhem started growing better quality grapes. The existing vines were torn up, the vineyards replanted with traditional grape varieties, and preparations were made to leave the cooperative. In 1986 Guilhem commenced the vinification of the first wine that was to mark his new status of independent winemaker. Guilhem and his wife Isabelle helped in Pic Saint Loup’s metamorphosis and the building of its reputation. The wines were recognised and rewarded by leading wine critics and sommeliers, and were highly appreciated by wine drinkers.

The family adventure won’t stop here … Xavier, after a very enriching apprenticeship at the Château La Liquière in Faugères, returned to the family farm to continue the tradition with great enthusiasm and passion. In order to best express the character of this land with a viticulture that is clean and eco-friendly, and backed by his wife Marjorie, they underwent a great challenge in deciding to make the transition to farming in the organic sector.

Le Mas* survived the mayhem wrought by the French Revolution that affected the Languedoc Estates, of which Montpellier was the capital. Jean-Jacques Louis Durand, owner of the beautiful Valflaunès property and the town’s first mayor to be elected by universal suffrage, went to the guillotine on 12 January 1794 at the age of 33 (he refused to apply the terror guidelines).

Mas Bruguière, formerly “Mas de la Plaine”, was part of a more impressive ensemble that included Mas Rigaud, le Mazet and la Plaine, together known as the “Métairies du Mas Rigaud” (Mas Rigaud small holdings). These assets were seized and sold as State assets, with the exception of those of Valflaunès which Durand’s widow was to recover at the time of the Restoration. Almost ruined, she put la Plaine up for auction. This was purchased by Antoine, the first in a long line of Bruguière to live there. The first building, currently the head office, was built in the early 1800s with a wing added in 1863.

In 1999, Xavier made his first step as a winemaker in this completely new modern and functional winery, which allows the grapes to be treated with respect, housing the underground cellar that maintains the light and temperature levels of the future vintages; one of the most peaceful locations in Mas….

Very recently a new tasting cellar was created, and Marjorie and Xavier will make you feel very welcome in this luminous and friendly place. 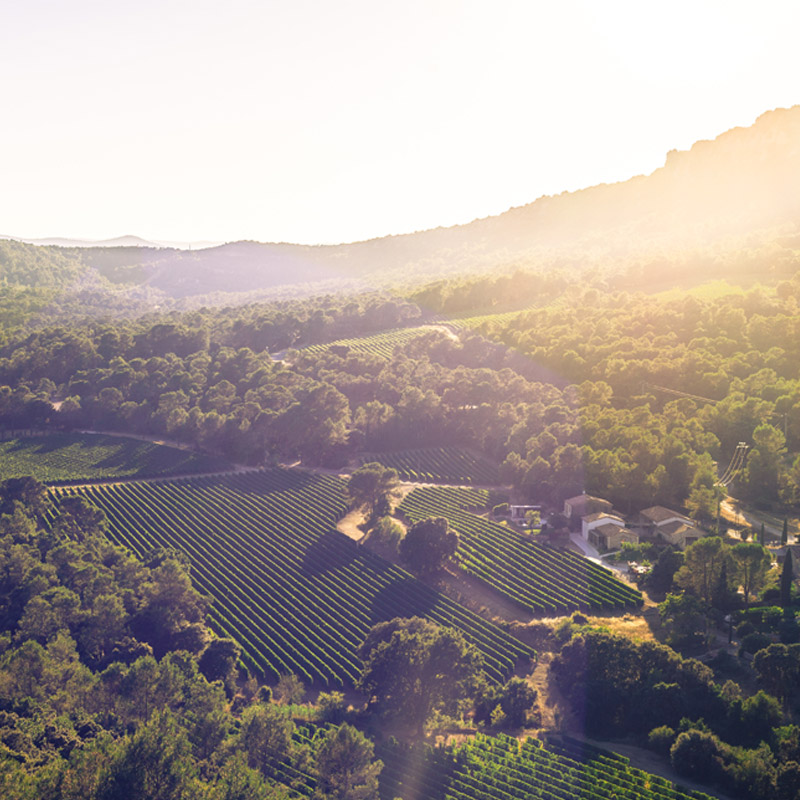 The Pic Saint Loup appellation is the northernmost of the Languedoc, located 25 km north of Montpellier, where it benefits from a very special micro-climate. Rainfall here is more abundant and the nights are cool in August, when the grapes are ripening. This is the reason for the characteristic freshness found in Pic Saint Loup wines.

This appellation quickly become a flagship appellation in Languedoc, it has been able to catch up since the 1970s thanks to the impetus of a few pioneers including my father Guilhem Bruguière. Pic Saint Loup has been recognised as an “Appellation d’Origine Contrôlée” (AOC) since September 7, 2016, a reward much awaited by the vintners of Pic St Loup and which asserts the identity of the terroir and the typicality of the Pic St Loup wines.

By clicking on send, I agree to receive information by email 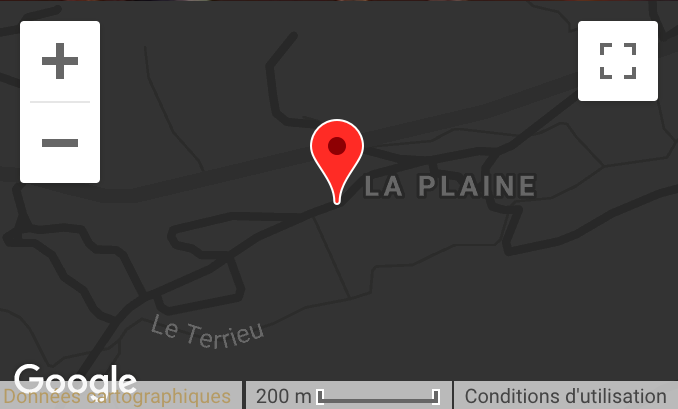